The Kansas City Zoo has won many awards from animal advocacy groups and wildlife organizations – it’s easy to see why when you visit!

Kansas City has long been the home of beef, bebop, and BBQ. In 2013, the city welcomed one more “B” to its pantheon of icons: Berlin the polar bear.

The 23-year-old, 500-pound bundle of fluff became the leading lady of the Kansas City Zoo right before I first visited in 2013. She’s since become so popular, she has her own livestream!

Nuniq joined Berlin in 2020; he was born at the Columbus Zoo in 2016. They frequently delight visitors to the zoo, which is home to more than 1,000 animals — from red pandas and rare Sumatran tigers to sleek-furred serval cats and long-necked giraffes.

The zoo is nestled in Swope Park, one of the largest urban oases in the country. In addition to the zoo, the 1,805-acre park features picnic areas, an outdoor theatre, two golf courses, swimming, and fishing.

The Kansas City Zoo was ranked No. 1 in the nation in 2008 for African animals and exhibits by the authors of America’s Best Zoos.

The African exhibit takes up almost half of the zoo’s 202 acres and is home to elephants, chimpanzees, zebras, a pride of lions, and more.

The chimpanzee exhibit was honored by famed ape expert Jane Goodall, who called it “one of the finest in North America.”

The best way to take in all the African exhibit has to offer is from aloft, on the zoo’s sky-tram. The ride takes visitors on an 8-minute-long sky safari.

Among the animals you will glimpse during flight are giraffes, but don’t worry — zoo staff say the ride takes visitors’ toes 45 feet above the ground, well out of the reach of friendly giraffe kisses.

When you’ve said hello to Nikita and Berlin and braved the African skies, there is still more to see. Wander among free-ranging kangaroos in the Australian exhibit, nuzzle noses with the big cats in the Tiger Trail exhibit, or catch one of many animal keeper chats and learn something new.

You will likely exhaust yourself before you exhaust all of the zoo’s offerings. If you do have to regain your strength, though, there’s no need to head for the hotel. Instead, you can kick back a margarita on the deck of the Boathouse Bar, or grab a bite at one of several other restaurants on the zoo grounds.

Though the Kansas City Zoo already has much to offer, more is being added annually. Voters in Jackson and Clay counties passed a 1/8 cent sales tax in 2011 to support future expansion plans. The first project to be funded by that tax, the Helzberg Penguin Plaza, was completed in 2013.

The zoo is open year-round, except major holidays. Tickets $17–20 for visitors 12 and older, $17–18 for seniors; buying online at least three days in advance will save you up to $5 per ticket. Admission is free for children under 3.

For more information about the zoo, visit KansasCityZoo.org. 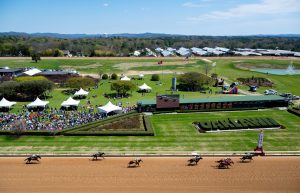